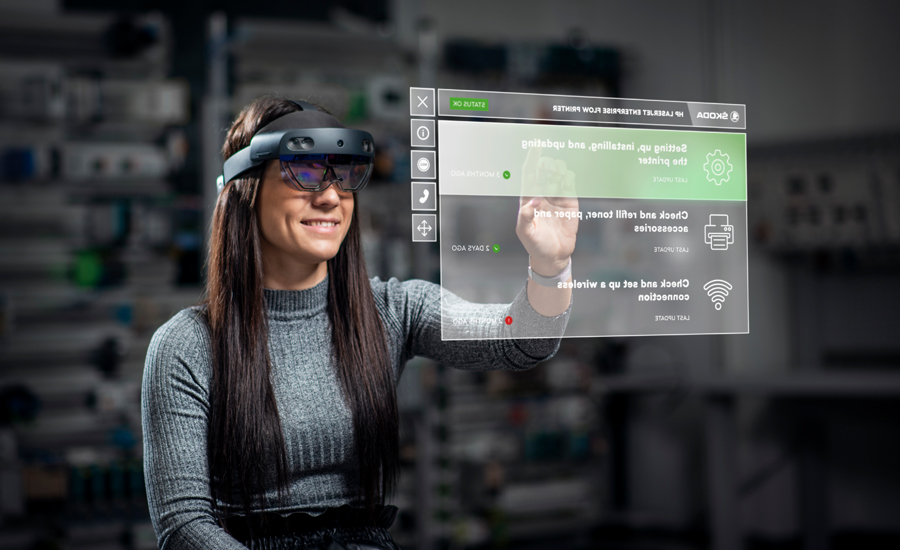 Augmented Reality and its real-life examples

It is indisputable how businesses can evoke strong emotional responses in consumers through music, action, and sight. Television and digital video have both demonstrated this. However, as technology advances, customer experiences are shifting from focusing merely on what people see to fully immersing them in the brand experience.

Artificial Reality has come a long way from being a concept to a real-time integration in contemporary businesses and organizations. AR technology is decreasing the distance between organizations and their consumers by engaging the human senses and immersive environment of AR.

Modern examples of AR use in real world

• Disney
Disney Research created a method to create 3D coloring book characters. This AR technology implementation by Disney in the year 2015 is a pretty straightforward example of how augmented reality could one day become a part of daily life.

• US Army
Utilizing augmented reality technology, the US Army is able to provide soldiers with better situational and environmental awareness. The “Tactical Augmented Reality” or (TAR) technology essentially works as an eyepiece that works by providing soldiers by helping them locate their positions and the locations of other people on the battlefield, with precision.

• Pepsi MAX
PepsiCo recently amused London commuters with an augmented reality (AR)-enabled display at a bus top. A roaring tiger, a meteor crashing, and an alien tentacle snatching people off the street were all displayed to passersby. This engagement of commuters and people on the street was not just an example of AR and branding but also how real-time integration of technology can change future interactions.

• L’Oreal
In a move that challenges the way consumers have traditionally found, tried, and purchased beauty products, L’Oréal partnered with Perfect Corp. to incorporate the brand’s makeup products and collections into the YouCam Makeup app. The app is offering a red carpet experience via AR technology allowing consumers to try L’Oréal Paris collection.

Difference between AR and VR

Unlike Augmented reality, virtual reality is all about immersive simulation which is how these technologies are totally unique with a major difference of the real world and the virtual world. The gear they require and the various differences in the experiences themselves are what set both VR and AR apart:

Difference 2 – While VR users are under the control of a system, AR users have complete control over their physical presence in the actual world.

Difference 3 – AR technology can be accessed via devices like a smartphone, but VR requires a headgear or VR goggles.

Difference 4 – While VR only improves a fictional reality, AR is known to improve both the virtual and actual worlds.